← more from
Polyvinyl Records
Get fresh music recommendations delivered to your inbox every Friday.

by The Get Up Kids 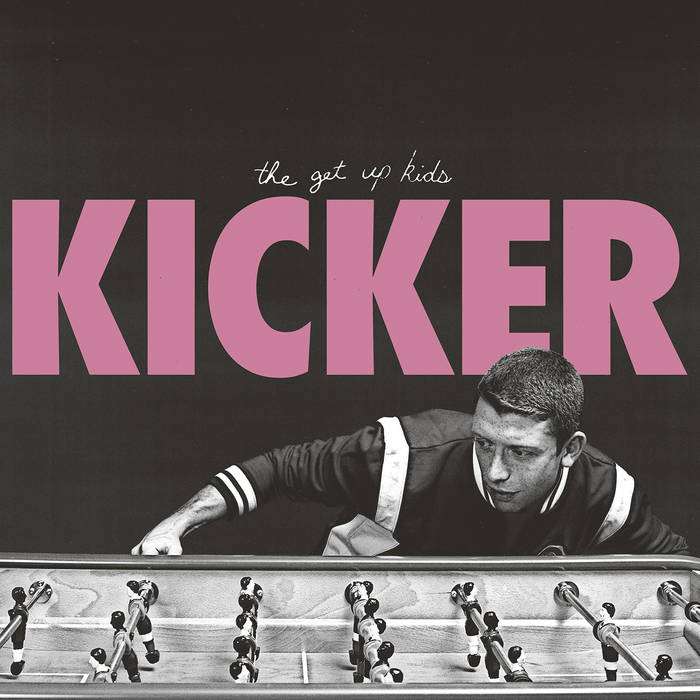 trky77 The boys are back! Be sure to recognize the fact that the rhythm section (Pope’s) are the secret weapon and the reason the melodies have the room to breathe, twist and stick to your tongue.

Andrew Dziengel The Get Up Kids hit this one out of the park. Four perfect catchy songs. Constantly getting these songs stuck in my head. Favorite track: Maybe.

Ian Franco the last track is so good. vintage Matt Pryor melody. aaaahh I love it. Favorite track: My Own Reflection.

The Subcon (Aka Portland Paul)

The Get Up Kids are a band that grew up in public. Since forming in Kansas City in 1995, they’ve established themselves as a group whose music withstands trends and transcends the superficial in favor of something that stands the test of time. The four-song Kicker EP -- the band's Polyvinyl Record Co. debut -- is the newest addition to their catalog of influential EPs (such as 1997's Woodson and 1999's Red Letter Day), as well as their first new release since 2011’s LP There Are Rules. Since that album came out the band have been touring when their schedules permits and living very adult lives that include activities like raising kids (Matt, Rob, Jim), moving away (James) and moving back (Ryan), starting businesses (Ryan), getting a degree in geology (Jim), joining a local kickball league (Matt), accidentally being electrocuted on stage (Rob), or simply struggling with social media.

Correspondingly while the band’s early releases were written while the band members were entering their twenties, Kicker sees them in their forties, and the songs show a perspective that can only be learned from experience. The Get Up Kids have never been afraid to try something new, but the songs here -- recorded over the course of the last year at Fire and Ice studio in Baldwin, Kansas -- mark a full-circle breakthrough for the band.

Upbeat opener “Maybe” reintroduces The Get Up Kids in spectacular fashion with fuzzed-out guitars, chiming keyboards, and Pryor's distinctive cadence singing about the relational dynamics he's learned over time. “I'm Sorry,” one of guitarist/vocalist Jim Suptic’s contributions to Kicker, sees him looking back on the past two years, trying to be a better person and finding resolve in the fact that “out of all the lessons I've learned, giving up is to get burned.” Pryor reflects, “A lot of the songs early in our career were written in the perspective of being young and being in relationships and what we were going through then,” adding, “This is still a slice of life of what the band is going through now.” That dichotomy of learning from the past while reaching toward the future lies at the core of Kicker, and sees the band retaining their signature sound while simultaneously proving they aren’t afraid to redefine who they are in the current moment.

The name of the EP is a reference to their foosball obsession — which dates back to their first European tour and is still played in their current practice space — but also serves to sum up the overarching concept of these four songs. “You always look back in rose colored glasses, and I always remember when this band was really struggling and we were selling our CD collections to pay our rent and that sucked at the time, but looking back that was an amazing time, that was so much fun. There was no pressure or anything,” explains Suptic. Kicker retains that carefree idealism -- capturing the fresh urgency of their most revered releases -- while proving that their journey is still unfolding. The Get Up Kids may have grown up but they haven’t become jaded.

The Get Up Kids Lawrence, Kansas

Bandcamp Daily  your guide to the world of Bandcamp

Nightmares on Wax and Bremer McCoy stop by with their sublime new LPs.